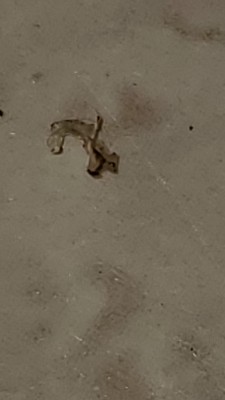 A previous reader of ours from Crystal Springs Florida, who wrote in about what he guessed was scabies, has contacted us again with a very interesting question. He asks, “how can we get the medical community to re-engage the parasitic population that is beginning to steadily increase, specifically around the gulf coast?”

He states that what he initially thought was scabies turned out to be schistosomiasis, which is a chronic parasitic disease one gets from exposure to infested waters. We must preface the rest of this article with a warning to our readers that we will include some pictures our reader sent us that exhibit how his condition has affected him physically. This includes photographs of various body parts that have wounds and scabs left by parasitic worms. The worms themselves are blood flukes, which are a class of parasitic flatworm known as a trematode. Either way, our reader now considers himself a part of a “parasitic population” that has apparently “steadily increased” along the gulf coast. When it comes to his question, we are not exactly sure what he means by the “medical community.” Perhaps this community consists solely of the people who practice medicine professionally (doctors/physicians/nurses), or maybe it also includes patients, medical researchers, medical students and so forth. 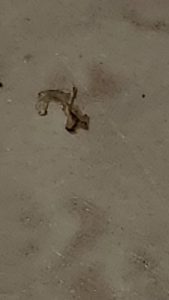 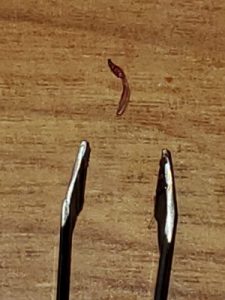 Whatever the case is, it is nonetheless an intriguing question, and an important one at that. Especially when it concerns GPs and doctors, who often have very little training in the field of parasitology. Because of this, many patients are unfortunately turned away when they come to their doctors for advice on the parasitic infections they are experiencing. Unfortunately, no matter how much we wish they could help more with parasitic infections — many not being able to afford seeing private physicians who are specialists within the area of parasitic infections — we are not capable of providing the training these doctors need. That said, what we can do is go to the root of the problem and make changes there; it starts at education. If parasitology was made a mandatory part of more medical syllabuses at the university and graduate school level, then perhaps it would become part of medical training later on, and then ultimately perhaps more doctors would be capable of treating parasitic infections. Contacting the principal or head of the medical faculty of a given university and letting them know about changes you want made within the syllabus might enact change if enough people come forth with the same request. Additionally, if any of our readers are medical students, and parasitology is not included in the syllabus, then they can also request these changes as feedback on their courses.

When it concerns specifically the population of parasite-infected people along the gulf coast, we cannot say what the best route is to go about getting the medical community to “re-engage” this population. When it comes to doctors and physicians, it is not exactly their responsibility to engage the patients, but rather it is the patient that comes to the doctor. Doctors cannot know if any one individual is suffering from a medical condition unless they come to them first. Contrarily, when it comes to medical researchers, there have been various medical papers written by experts on the subject of parasitic infections on the gulf coast and how much of a problem they are in the warmer regions of the world. This may be what our reader was referring to in using the word “re-engage”. Some of these authors, such as Sheila Jackson Lee, include congresspeople, who have a lot of influence over what goes on in their congressional district. It seems that some of them are also a part of the medical community. Thus, we suggest that the people on the gulf coast who identify with the parasitic population contact their local senators and congresspeople with the aim of trying to raise awareness of what is going on within these coastal states (this is specific to the United States, of course). Likewise, one could contact their local medical examiner with the same intention.

To conclude, this article has taken a brief look at the question of how we can get the medical communities within the gulf coast regions to engage the rising parasitic populations, and has attempted to provide some answers as to how we can do exactly just that. Unfortunately, there is not one quick solution, and there is not one right answer, but as long as we can get the discussion going again, and involve the governing bodies and places of medical practice in these discussions, we believe some real change can be made. Everything starts with education, because once we become aware of a problem and we acknowledge it as such, only then can we equip ourselves with the tools to actually fix it.

Article Name
The Parasite-Infected Peoples of the Gulf Coast and How Medical Communities Can Engage Them
Description
A previous reader of ours from Crystal Springs Florida, who <a href="https://www.allaboutworms.com/do-scabies-infect-the-entire-human-body" target="_blank">wrote in about what he guessed was scabies</a>, has contacted us again with a very interesting question. He asks, "how can we get the medical community to re-engage the parasitic population that is beginning to steadily increase, specifically around the gulf coast?"
Author
Worm Researcher Anton
Share the knowledge