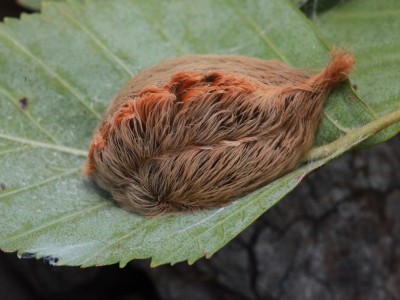 We are blessed to live in a world where fuzzy caterpillars exist. Looking like little bundles of fur, are these critters as utterly harmless as they appear to be, or are they hiding something far more sinister under their dazzling coats?

When we see something furry, our instinct is instantly to pet it. Why humans want to pet things is a question for another time, but this article will address the question of whether or not it is always safe to pet the seemingly cute and cuddly by taking into account two furry caterpillars and looking at their physiology. This article will specifically look at the Isabella tiger moth caterpillar and the furry puss caterpillar and examine the degree to which their looks deceive.

To begin with, the Isabella tiger moth caterpillar, more commonly known as the woolly bear worm, is the larval form of the Isabella tiger moth. As is visible on the photograph below, woolly bear worms are multi-colored, the middle of their bodies being light brown in color, with their ends being black. Their bristles stick out clearly, being bunched together quite densely, giving them the fuzzy appearance they are known for. A range of sources indicate that it is perfectly safe to pick these caterpillars up, thus validating the notion that furry caterpillars are indeed as safe to pet as they are cute. There are plenty of pictures online of people’s outstretched hands with a group of these caterpillars clustered in their palm. That being said, other sources indicate that if one touched the bristles of a woolly bear worm, they could get dermatitis (a skin condition characterized by redness, swelling and blistering). This is because some, but not all, people may react negatively to touching a woolly bear. 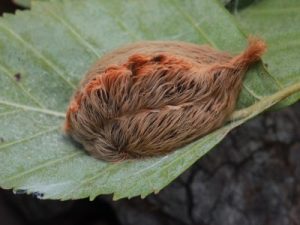 To sum up, it can be concluded that hairy caterpillars are not necessarily cuddly, and unfortunately can be dangerous to touch. It is probably not worth petting these critters, given the risks and inevitable pain involved. If any of our readers have any stories about encountering and touching any furry caterpillars, please feel free to share your experiences in the comments section!

Article Name
Hairy Caterpillars: Cuddly or Dangerous?
Description
We are blessed to live in a world where fuzzy caterpillars exist. Looking like little bundles of fur, are these critters as utterly harmless as they appear to be, or are they hiding something far more sinister under their dazzling coats?
Author
Worm Researcher Anton
Share the knowledge

This many people searched for this info: 1,310