Are Frozen Bloodworms in Freezer Safe?

There is no reason to believe that spilling a few frozen bloodworms in his freezer is unsafe in any way. Living bloodworms don’t bite or sting, so frozen dead bloodworms definitely won’t pose this threat either. More importantly, bloodworms aren’t known to carry or transmit any human diseases. Of course, there is the slight chance that our reader has an allergy to bloodworms and could potentially get a little sick if he eats one by accident, but we think this is very, very unlikely. If he does by chance start to feel unwell and is worried that it is in relation to the frozen bloodworms hiding in his freezer, then by all means he should go to a doctor. Since we aren’t medical professionals, we aren’t licensed to administer medical advice and don’t feel comfortable speculating about the health of our reader. 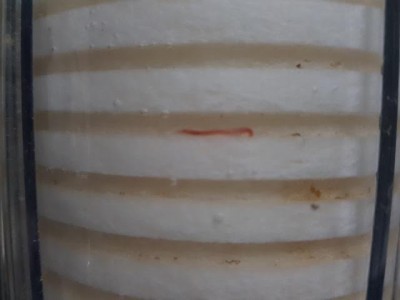 Article Name
Are Frozen Bloodworms in Freezer Safe?
Description
One of our readers dropped a few frozen bloodworms in his freezer and asked us if it was safe. Since bloodworms are generally considered to be harmless, we believe that it is perfectly safe.
Author
Dori Franklin
Comments: 0 Posted by: Worm Researcher Dori Categories: Fishing Worms