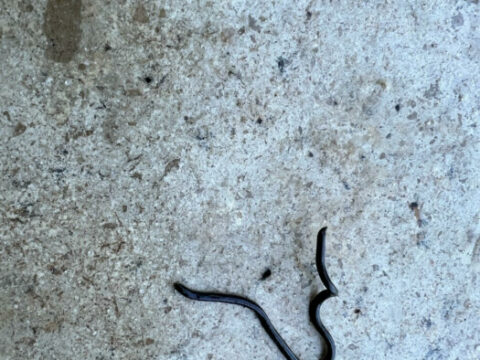 Long, Black Worm in Pool is a Brahminy Blind Snake

“This was found in a pool in Boca Raton, Florida”, writes this reader about the long, black, worm-like creature pictured below. “What is it?” At first glance, given the length and color of the worm, we thought it might be a New Guinea flatworm: an invasive species of flatworm that was discovered in the United States not so long ago, in 2012. However, upon looking at the creature’s not-so-flat shape, and the way in which its body twists in a manner unlike that of a flatworm, we have concluded that this is not a worm at all, but a snake.