On the All About Worms Facebook page, we were asked what causes Catawba worms to leave a Catalpa tree after many years. (We could have just as easily written “what causes Catalpa worms to leave Catawba trees,” as “Catalpa” and “Catawba” are interchangeable.) After many years of enjoying the leaves of a tree, why would Catawba worms simply leave? This is a difficult question to answer because there are various reasons why Catawba worms might leave any given Catalpa tree, and why they left our reader’s trees in particular is impossible for us to say without knowing anything about his circumstances. He merely asked “what will make” the worms leave. To a generic question we can only provide a generic answer, so we’ll explain some of the general reasons Catawba worms leave Catalpa trees.

How to Attract Catawba Worms to Your Catalpa Trees

A reader asked us a couple of days ago why there are no longer Catawba worms on her Catalpa trees (or Catalpa worms on her Catawba trees – “Catalpa” and “Catawba” are interchangeable). Catawba worms make excellent fishing bait, so the reader was keen to find out how to attract them back to her trees. Since she gave no information about her circumstances, it’s of course very difficult to say why the Catawba worms left, and for similar reasons it is hard to say how to get them back. (Obviously, the two questions are related.) Even in the absence of specific information, we can still supply some general information about attracting Catawba worms to Catalpa trees, and what keeps them away. 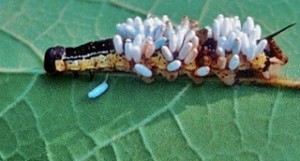 Catawba Worms and What They Eat