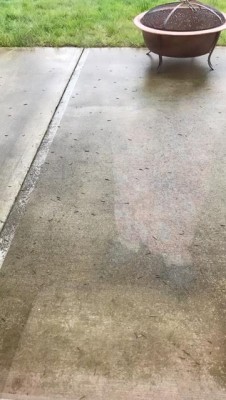 Worms Take Over Patio In The Pacific Northwest

We received this message from a reader, “We live in the Pacific Northwest, which is a very wet climate. We have been in our house for two years (this is our third April in the house) and we have never had this problem before.  We have tons of tiny (about 1 inch long) worms invading our patio, driveway and garage floor.  They have filled our foundation vents, and it is quite gross. Any idea what they are and how to deter them from coming towards our house?” She sent us a few photographs, which we will discuss below. 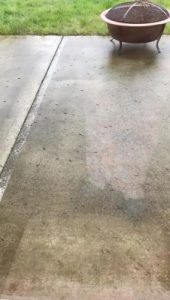 The first photograph shows her patio covered by dozens (or possibly hundreds) of these small organisms. While we can’t make out any details of the worms in this picture, we can see enough to confidently declare that these are not earthworms, which are the prime suspect for worms that gather on driveways and sidewalks, especially after big rains. In the second photograph we can see more of these curious specimens floating in the foundation vents: 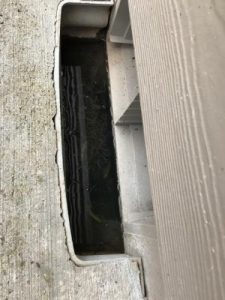 We know these aren’t earthworms, but they sure do seem to love water as much as earthworms! We reckon that whatever these creatures are, they were living underground in the soil around our reader’s home. When there is a lot of rain, the soil becomes oversaturated and too wet for the worms to live underground, so they travel above ground. We aren’t sure why they are so attracted to our reader’s patio. 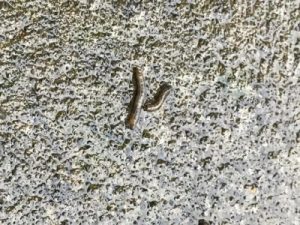 Finally, we have a close-up look at these creatures! These might not be worms after all, we think our reader might be dealing with larvae of some type. We think they share a lot of resemblance with cutworms, which are moth larvae from the Noctuidae family. Cutworms feed on young plants both above and below the surface, so these larvae might have been feeding underground before they got flooded out. The specimens also look like they might be crane fly larvae, which usually live in either aquatic environments or in moist soil underground. So again, it lines up with our reader’s description and photos. Unfortunately, we aren’t able to determine whether these are cutworms, crane fly larvae, or a different species. If any of our other readers recognize these creatures, we invite them to comment on this post!

To wrap up, one of our reader’s reached out because her patio, driveway, and garage have been taken over by hundreds of worm-like organisms. We aren’t exactly sure what our reader is dealing with, but we believe the specimens were living underground but came to the surface when the soil became too wet. While we know our reader is annoyed by the presence of these worms, we don’t think there is much she can do to deter them. Although we don’t know exactly what the specimens are, we are confident they are harmless.

Article Name
Worms Take Over Patio In The Pacific Northwest
Description
One of our reader's reached out because her patio, driveway, and garage have been taken over by hundreds of worm-like organisms.
Author
Dori Franklin
Comments: 0 Posted by: Worm Researcher Dori Categories: Garden Worms