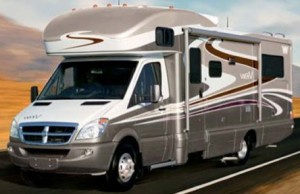 Worms in the Camper

A reader wrote to us about what appears to be a worm infestation in his camper. They are technically in the basement of the camper, which we are having trouble imagining (aren’t campers generally above ground on wheels?), but we suppose the basement is probably just some sort of storage area below the main living space. The worms are pervasive – they are in containers of dog food, tool boxes, and basically “every nook and cranny.” The reader is wondering how the worms are making it into his camper, and he is also wondering how to get rid of them.

You’ll notice the reader didn’t ask what he was finding, but this is of course relevant to know given the reader’s other questions, so we’ll have to address this matter first. Unfortunately, though, the reader provided no physical description of what he is finding. We have no idea how big the creatures are, nor do we know if they have any distinguishing characteristics (legs, a segmented body, etc.). We also have no idea what part of the world our reader’s camper is in, so we can’t use geography to narrow down the possibilities.

Given the frequency with which readers find them, we’re inclined to think he found some sort of larvae, not a worm. Lots of larvae, such as the larvae of flour beetles, are found in and around food, and the reader did mention that the “worms” are in and by his dog’s food. They reader also mentioned that there are lots of fleas in his camper’s basement, which means he might be finding flea larvae. However, flea larvae are extremely small (they are only a couple of millimeters long), so they are hard to even see sometimes, and besides this, flea eggs tend to hatch on live hosts. So, unless the camper basement is also a pet’s bed, it seems unlikely he found flea larvae. Finally, the reader mentioned that there are lots of webs in the infestation area. A few types of caterpillars spin webs, like fall webworms and Eastern tent caterpillars, but these creatures infest trees, so it would be unusual to see them take up residence in a camper. (Neither caterpillar looks much like a worm, either.) Regardless of what our reader found, however, we can offer him some general information that is applicable to many different pests.

As far as where the creatures are coming from, the answer is simple – outside – or at least this was the case originally. If he is dealing with a genuine infestation, the first generation might have already perpetuated itself, meaning that many of the creatures could be “native” to the camper. The reader speculated that the creatures might have come through the pipes in his camper, and this is certainly a possibility. Worms, insects, and other creatures often get into homes this way, in fact. They could also be getting into the camper through any other opening.

Of course, these openings can be hard to find, but they should nevertheless be sealed if possible. Patching up gaps in the camper’s exterior and adding some type of screen to the end of pipes that lead outside will certainly help keep small creatures out. It is also necessary to make sure that any potential food source (like dog food) is well-sealed. Infestations occur because creatures find a particular habitat suited to their needs. If you can remove the conditions (like a food source) that make a habitat suitable, it will no longer be susceptible to infestations. Strangely, the reader did mention that his dog food was in plastic containers, as it should be, but perhaps they weren’t well sealed. Finally, and needless to say, the infested area must be thoroughly cleaned. Obviously, the creatures themselves must be removed, as should anything that might attract them to begin with, like moisture or organic matter that could serve as food. Anything disposable that could be carrying the creature at any stage in its life cycle should also be gotten rid of. So, in the reader’s case, he should definitely get rid of the dog food.

Unfortunately, we don’t know what our reader found, so we can’t offer any pest-specific advice. However, many infestations can be handled in similar ways, and the preventive measures are also largely the same. We wish our reader the best of luck in dealing with his pest problem. Some cleaning and camper patching is necessary, but if done right, this should address the issue.