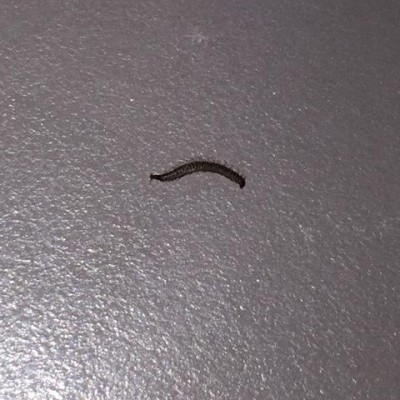 “Worms” Found in Ice Machine Might be Drain Fly Larvae

Today a reader wrote to us about a run-in she had with some larvae at her work. She works in an office building in North Georgia, and when she went to get ice out of the ice machine (which also dispenses water) she noticed a ton of small black larvae wiggling around in the drain tray of the machine. She isn’t very hopeful that we will be able to identify them using the photos she sent because they are not of the best quality. She is mostly curious if we have ever come across a similar scenario. The janitors in her building reported that the same creatures were appearing in the toilets in another building close by. She suspects that it might have something to do with the pipes, but doesn’t know. Finally, she told us that she even saved a few of them in a jar to observe what they turn into. Here are the photos: 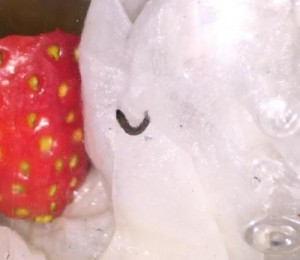 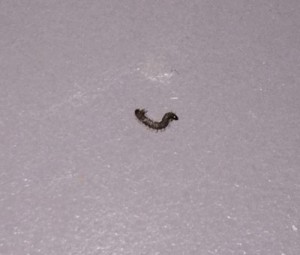 A couple of years ago a reader wrote to us about a very similar situation ! In that situation, we believed that the reader had found some type of larvae, but we weren’t sure which type. In this situation, we also believe our reader has found larvae, and we think we know which kind! The photo posted above the title gave us a huge hint. We see a strong resemblance to drain fly larvae, and that is what we believe our reader might have discovered in her office building ice machine!

Drain fly larvae live in the grime that lines drains and pipes, and readers usually find these larvae in their bathrooms or kitchens. We aren’t exactly sure how these larvae ended up in the drain tray of an ice machine. Since they have been spotted in nearby buildings bathrooms, our reader is probably correct in thinking it has to do with the pipes. She might want to have someone in her office contact a plumber!

In summary, a reader encountered some small, black worm-like organisms in her ice machine at work. We believe these are drain fly larvae, but we don’t know how they ended up there!

Description
A reader encountered some small, black worm-like organisms in her ice machine at work. We believe these are drain fly larvae, but we don't know how they ended up there!
Author
Dori Franklin
Comments: 0 Posted by: Worm Researcher Dori Categories: Popular "Worm" Groups, Worms Found in the House