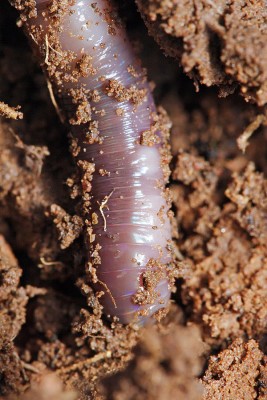 Death is one of the greatest mysteries of life; we grieve it, we run from it, and many are trying to solve it. Surprisingly enough, studies into the process of death in worms have given us a lot of insight into how death might work for humans as well.

Before we begin, we wish to note that this article will take a distant, objective look at death. We will consider how it functions biologically and how worms can tell us more about this process, and in order to be clear in our text, we will not use euphemisms when speaking of death. If any of our readers are sensitive to discussions of death, we recommend they click away from this article. This article is likewise not meant to offend anyone whose belief’s may challenge the content of this article, but is meant to take a purely objective look at death in order to understand its biological process.

That being said, we all know generally what death is: one simply ceases to live. Biologically speaking, one is living because their heart is beating and their brains are active, and so death is when one or both of those things shut down. However, although it is easy enough to distinguish between the states of life and death, do we really know what ‘dying’ means, as in the process of becoming dead? When is one more alive than dead, or vice versa? Studies into worms tell us that the process of dying is longer than we think, starting much earlier and continuing much longer after a person has been confirmed to be dead. Of course, this is more true for those whose death is somewhat gradual, and not for those whose death is somewhat instant.

The process of dying is not as simple as the heart and brain deciding to just ‘give up’, but it is the process by which all the cells in our body die. The process that leads up to that final declaration of death is generally defined by our underlying cause of death, be it a fatal disease or a wound. After death, our bodies undergo what is called ‘rigor mortis’, which is when the joints and muscles in a human body stiffen up because they are unable to relax. This starts a few hours after death, and can last up to several days! Rigor mortis shows us that while our bodies have been declared dead, there are still live cells in our bodies which are undergoing processes and dying much more slowly than our brains or heart. Our cells register that the heart has died, as they are no longer getting more oxygen, and so they understand that it is their time to die as well. In their final moments of life, the cells release loads of calcium throughout the body, which informs the other cells in the body to die, and also contributes to rigor mortis. All animals alike experience rigor mortis for the same reason, but what is interesting about worms is when they experience it.

Studies into the process of death of earthworms, nematodes and other slithery creatures have shown that rigor mortis actually begins when the worm is still alive. And not only that, but worms will continue to move about during rigor mortis, showing no visible signs of their inevitable death. So, whereas humans have always considered rigor mortis to be a post-death process, the term translating to “stiffness of death” from Latin, this finding upends everything we know. An animal’s cells will release calcium only when ATP — or adenosine triphosphate — (the molecule in all living things that transfers energy) levels drop to a fatal level. However, studies of worms have confirmed that ATP levels do not drop to a fatal level before calcium is released, triggering rigor mortis. So, while rigor mortis happens in most animals because the cells have registered that the organism is dead, rigor mortis happens in worms because their bodies are able to predict death.

Taking all of this into account, several questions are raised. What is the threshold by which our cells assume our ATP levels are too low? Why and how do cells in worms know to release calcium if ATP levels are not fatal? If rigor mortis happens during life for worms, do our bodies also have ways of predicting death? And most important of all, if the death of our cells can really be traced back to calcium, is there a way of manipulating the release and flow of calcium to slow, or even stop death? These are all important questions to consider, and have all been raised by the scientists who are studying this very phenomenon.

In conclusion, by studying worms, we have found that the process of death does not happen the same way for all living organisms. We know that while the cells in a human body begin to die because our heart and brains have died, the cells in a worm’s body die because they know the body will die. There is still so much that is unknown about death, and it is likely more questions will be posed rather than answered in the coming future, but one can still wonder. Maybe this amazing discovery holds the secret to saving a body on the brink of death, or to slowing the process of ageing, or even to immortality itself.

Article Name
Worm Studies Tell Us About the Nature of Death
Description
Death is one of the greatest mysteries of life; we grieve it, we run from it, and many are trying to solve it. Surprisingly enough, studies into the process of death in worms have given us a lot of insight into how death might work for humans as well.
Author
Worm Researcher Anton
Share the knowledge

People helped by this info: 869