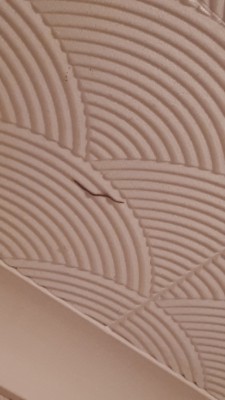 One of our readers recently sent us a photo of a worm-like organism she noticed crawling on her bedroom ceiling. She described it’s slow movement and mentioned 2 antennae. The picture shows a thin brown organism: 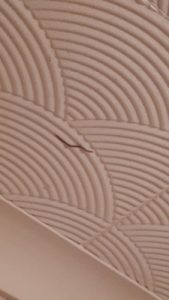 Despite not being able to see this organism clearly, we still think we know what it is. We believe it is a millipede. Millipedes have the same thin, long body that this creature has, and they also have antennae! Furthermore, they are discovered by readers in and around their homes fairly often!

In the outdoors, millipedes live on forest floors where there is an abundance of dead and decaying wood and plant matter to eat. When they sneak into homes, they seek out similarly dark and damp environments. They are usually found in bathrooms and basements where they eat dust, dirt, and whatever particles they can find. Since they don’t usually eat household items such as bedding or stored food, they aren’t typically considered household pests. Some people do deal with them in large numbers, but that doesn’t seem to be what our reader is experiencing.

Since our reader only noticed one of these specimens, she doesn’t need to worry or do anything drastic. However, she can take a few precautions to make her home less inviting to creepy crawlers. First, she can investigate her doors, windows, vents, and walls. Any cracks or gaps, even tiny ones, could be inviting entryways for specimens. She should seal these gaps up, and make sure her doors and windows are all properly screened if she keeps them open. She might also consider installing a dehumidifier into her home to reduce moisture levels since most worm-like organisms prefer damp settings. Finally, she can clear debris and leaf litter from the perimeter of her home. This will keep specimens further from the entryways of her home, and less likely to wander in!

In conclusion, we believe the brown worm with antennae that our reader found is a millipede! These specimens are harmless and aren’t considered household pests.

Article Name
Worm On Ceiling Might Be Millipede
Description
We believe the brown worm with antennae that our reader found is a millipede! These specimens are harmless and aren't considered household pests.
Author
Dori Franklin
Share the knowledge

This many people searched for this info: 1,912