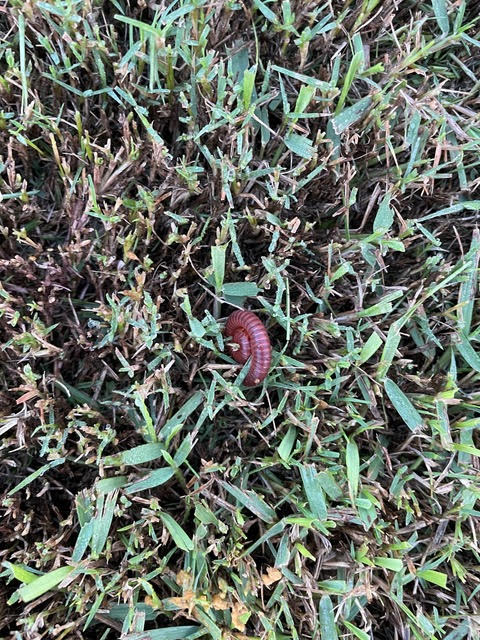 “Can you identify this worm?” asks this reader about the striped, red worm pictured below. “I found it right next to my dog’s poop.” 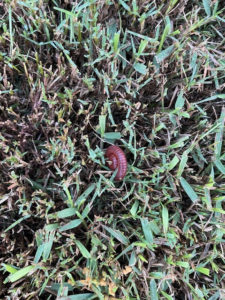 “Was this an intestinal worm or just a coincidence that it was where she pooped?” she continues.

Now, this is a tough question to answer. If our reader is genuinely concerned that her dog has intestinal worms, then we are not qualified to identify this creature. This is because we are not medical professionals, and if our reader has cause to believe that her dog is dealing with parasites, then the situation is medical in nature. In this case, we recommend that she take her dog to the vet to get the answers and treatment she seeks.

On the other hand, if our reader has found no other signs of a parasite infection, and she asks this merely because this worm was found next to her dog’s poop, then we would say that this is likely a coincidence. Because to us, this worm looks exactly like a red wiggler. A red wiggler is a type of earthworm that feeds on decomposing matter, such as faeces. They have even been nicknamed manure worms because they are commonly found in or near poop! In fact, they actually go by a whole host of various names, such as tiger worms, panfish worms, brandling worms, and trout worms.

Red wigglers are completely harmless, so in this case our reader does not have to worry about her pet’s health, or her own health for that matter. She can just let the worm be as it helps decompose her dog’s waste.

Ultimately, if our reader’s only concern about intestinal worms is related to the discovery of this one worm, then we would say it is a red wiggler. That said, if she has reasonable cause to believe that her dog does have intestinal worms, or is concerned for her health at all, then she should disregard everything we said about red wigglers and take her dog to the vet. We hope this article helps and we wish our reader and her dog the very best!

Article Name
Worm Found Next to Dog Poop is Likely a Red Wiggler, Though Owner Worries About Intestinal Parasites
Description
"Can you identify this worm?" asks this reader about the striped, red worm pictured below. "I found it right next to my dog’s poop."
Author
Worm Researcher Anton
Share the knowledge

This many people searched for this info: 226