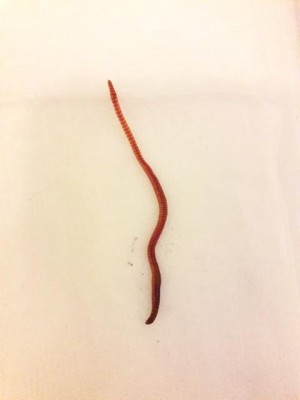 The various ecosystems of our world are fed by and maintained by the organisms that live in them, from the bold bears down to the wriggling worm. Many do not share the fondness for worms as we do on All About Worms, but this article will address how vital worms really are to our world, even the worst of the bunch!

Firstly, we begin with an example of the most obvious and talked-about worm that is important to the sustainability of this planet’s many habitats, the earthworm. Earthworms, as well all know, are beneficial to the forest ecosystems they almost always inhabit. Earthworms burrow underground and feed on leaf litter and other organic materials to decompose them and turn them into nutrient-rich fertilizer for the plants who have their roots underground. Without the earthworms to speed up the process of the decomposition of organic matter, many trees and other vegetation would not receive the nutrients they need, and would eventually die. If trees died out and fell over, the forest floor would eventually be devoid of the foliage which provided coverage from the rain. Hence, erosion would remove all the nutrients from the soil and doom the land to become a desert. In addition to this, earthworms make up the bottom of several food chains, as they feed birds, amphibians and reptiles, and many species of rodents. For that reason, if earthworms were to vanish, multiple food chains would collapse, and other species of animals would die out and potentially go extinct unless they were able to quickly adapt to their new situation.

Our second and perhaps unexpected example, is parasitic worms. Many, ourselves included, have likely wondered at some point in their lives what the purpose of parasitic worms are. If they bring only misery to the organisms they host, why are they here? One purpose they serve is to control the populations of invasive and pest species. Without parasites, the number of harmful organisms would grow, and we would have to take more measures to control their populations ourselves. Some of these measures might come at the expense of other organisms (such as the use of pesticides). In fact, some argue that there is a parasite for every organism, and all of them serve as a form of population control, and so without them, population numbers could go beyond the carrying capacity of our planet. On the other hand, some argue that perhaps they do not necessarily serve a direct purpose, but to get rid of them completely might have disastrous side effects, given that we have adapted to their presence, and evolved alongside them for so long. If the human body is not exposed to a certain level of disease and infection from an early age, it may have more consistent health problems in the future, such as allergies and autoimmune problems. Moreover, according to certain scientific hypotheses, when the immune system is not given the chance to fight off certain infections, it will accordingly begin to inflict harm on one’s body as a result of its underdevelopment.

To sum up, it is thus clear from these two examples that eradicating any type of worm, whether they are generally seen as beneficial or universally regarded as evil, can have severe consequences. There have been efforts to deliberately annihilate certain insect species (such as mosquitos), but perhaps we should consider the potential negative impacts more closely before deciding to take any such measures? We must remember that nature is not evil, and every organism on this planet likely serves some purpose, even if they seem like they bring only misery.

Article Name
What Would Happen to Planet Earth if Worms Vanished
Description
The various ecosystems of our world are fed by and maintained by the organisms that live in them, from the bold bears down to the wriggling worm. Many do not share the fondness for worms as we do on All About Worms, but this article will address how vital worms really are to our world, even the worst of the bunch!
Author
Worm Researcher Anton
Share the knowledge