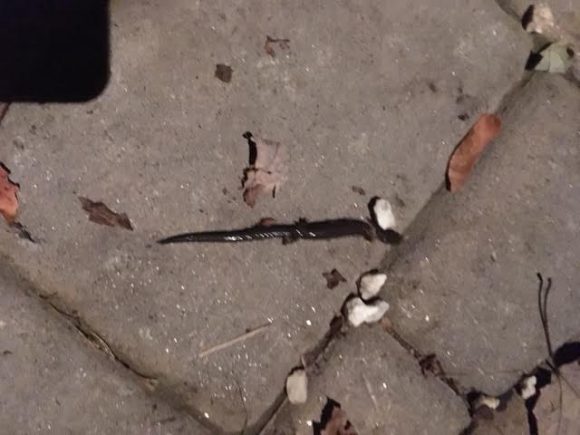 What Worm was Found on Sidewalk?

We recently heard from a reader about an interesting creature she discovered on her sidewalk. She thinks it might be a worm, but isn’t positive. She also shared that she believes the specimen has legs. In the photo she shared with us, we can clearly see the dark brown specimen. We aren’t sure if what we notice are legs, or if the legs our reader mentioned aren’t visible in the photo and what we see is debris on the sidewalk. This is the photo: 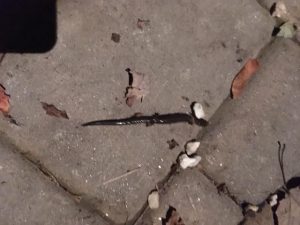 Based on the size of the worm-like organism compared with the sidewalk brick size, we think this creature might be a couple of inches long. We don’t know what this creature is. If it has legs, as our reader suspects, then it definitely isn’t a worm.We also don’t think it is a larva because larvae are typically very tiny. If what we think are legs in the photograph are actually legs, then we think this might be a small amphibian, such as a salamander. We admit that this could be a stretch, but we do see some resemblance, and we don’t see much resemblance to a worm. Of course, the photograph could just be misleading. If it doesn’t have legs, it might be a worm after all. All in all, we don’t feel that we can confidently identify this specimen.

If our reader is still curious about this creature, there are a few things she can do to help us come up with a more solid identification. Our first request would be that she take another photo of the creature that shows more detail. We understand that this might be an impossible request because the specimen is probably not still hanging out on her sidewalk. So, her other option is to send us more details about where she found the creature. Specifically, where is she geographically (certain species only live in specific locations) and what kind of plants the creature was found near. If she remembers anything else about the appearance of the specimen, we encourage her to share those details as well!

In summary, one of our readers discovered a dark brown worm-like organism on her sidewalk. Unfortunately, we are stumped as to what this specimen could be! 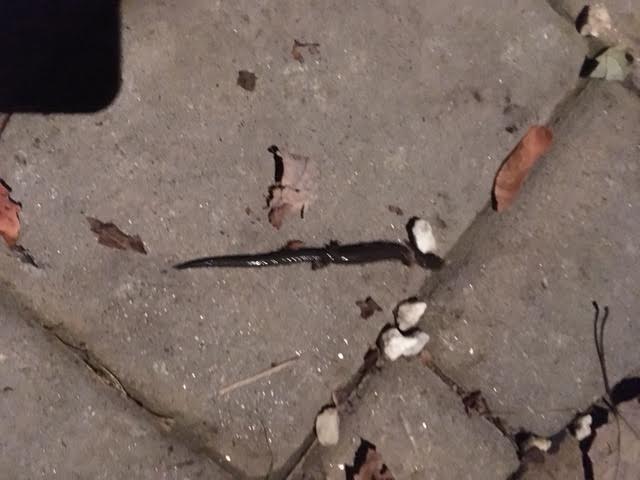 Article Name
What Worm Was Found on Sidewalk?
Description
One of our readers discovered a dark brown worm-like organism on her sidewalk. Unfortunately, we are stumped as to what this specimen could be!
Author
Dori Franklin
Comments: 0 Posted by: Worm Researcher Dori Categories: Garden Worms