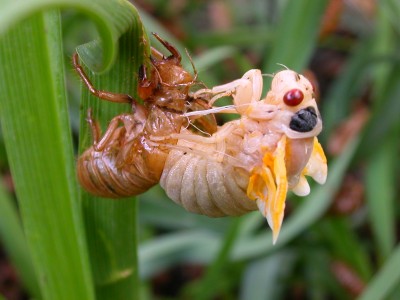 What is an Instar?

We often use the term “instar” when discussing larvae and caterpillars. Today, we are going to discuss instars in depth, so that we all know exactly what we are talking about.

According to the Amateur Entomologists’ Society, an instar is “the name given to the developmental stage of an arthropod between moults.” So, to understand instars, we must first know what “moult” (spelled “molt” in the US) means.

Arthropods (animals such as butterflies, insects, spiders, and centipedes) go through several life stages as they grow from infants to adults, much like humans. However, humans and arthropods have different skeletal systems. Our bones are a living part of our bodies. They grow along with our muscles and skin.

Butterflies and other arthropods have exoskeletons. They are covered in a hard, stiff substance which helps the animal keep its shape. Also, arthropods do not have bones inside their bodies. This is a pretty great system, because the exoskeleton also acts as a coat of armor.

Below, you can see pictures of a few arthropods molting. 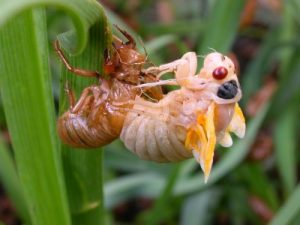 A cicada molting. Photo by Brian1442 (Own work, Public domain, via Wikimedia Commons) 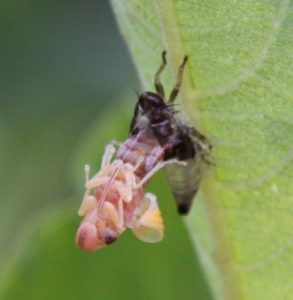 A froghopper molting. Photo by Yerpo (Own work, CC BY-SA 3.0, via Wikimedia Commons) 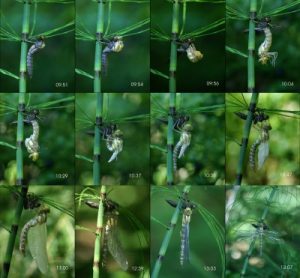 Female Southern Hawker emerging from larva skin, on an Equisetum species (horsetail plant). Photogs by Böhringer Friedrich (Own work, CC BY-SA 2.5, via Wikimedia Commons)Once an arthropod sheds its old exoskeleton, it has entered a new instar. Below are some pictures of larvae and caterpillars moving from one instar to another. 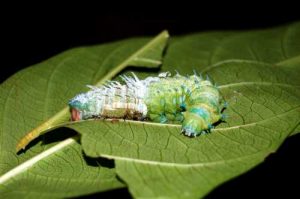 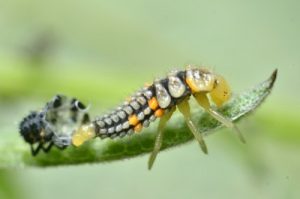 Larvae of the ladybird Coccinella septempunctata just after molting. Photo by Gilles San Martin (CC BY-SA 2.0, via Wikimedia Commons)Below, there are photographs of various instars of the monarch butterfly caterpillars. Many thanks to photographer Sid Mosdell, who has been so kind as to make these photos available to us in an album. (We can reproduce these images here via the Creative Commons License 2.0). 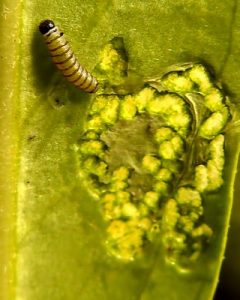 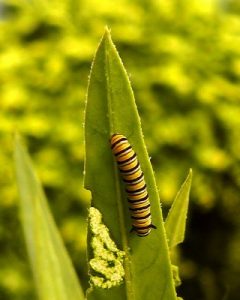 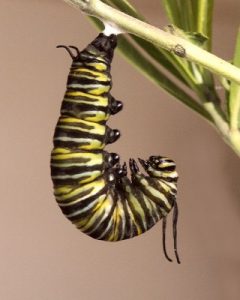 Monarch Caterpillar (Danaus plexippus) fifth instar by Sid MosdellMost larvae go through 3-5 instars before they pupate and then emerge as adults. To learn more about that process, please read our article How a Caterpillar or Larvae becomes a Butterfly, Beetle, or other Adult.

Article Name
What is an Instar?
Description
We often use the term “instar” when discussing larvae and caterpillars. Today, we are going to discuss instars in depth, so that we all know exactly what we are talking about.
Author
Alexis Rodriguez-Carlson
Comments: 0 Posted by: Previous Author Categories: Caterpillars, Interesting Bugs