We recently received a question from a reader about tiny worms he has been finding is his garden. The worms are only a centimeter long and have been burrowing into the vegetables in our reader’s garden, which is in Wales, United Kingdom. The reader sent a thorough and clear description of the tiny worms (or whatever creature they may be – they might be millipedes) to us, along with a picture of the “worms” in question, both of which we have included below. The reader has not been able to find any pictures online that depict worms that look like the creatures he found, and so he is wondering what the tiny worms (or millipedes, etc.) he found might be.

First, the reader’s admirable description of what he found: “…in my vegetable garden I have a very small and fine worm/millipede like creature that burrows into potato and cabbage roots etc, it grows to 1cm in length, is a cream and light brown colour, its probably only half the diameter of a piece of pasta. When you squash it it is quite hard and leaves a blood mark. It has tiny horns that are only 1 mm long, and white, hardly visible with the naked eye. When touched it curls into a tight spiral, covering 2 – 3 mm across and flat. There are lots of them and can be found in clusters under decaying debris. They don’t grow any bigger than 1 cm, and haven’t seen them getting fatter either.”

And here is a picture that the reader sent: 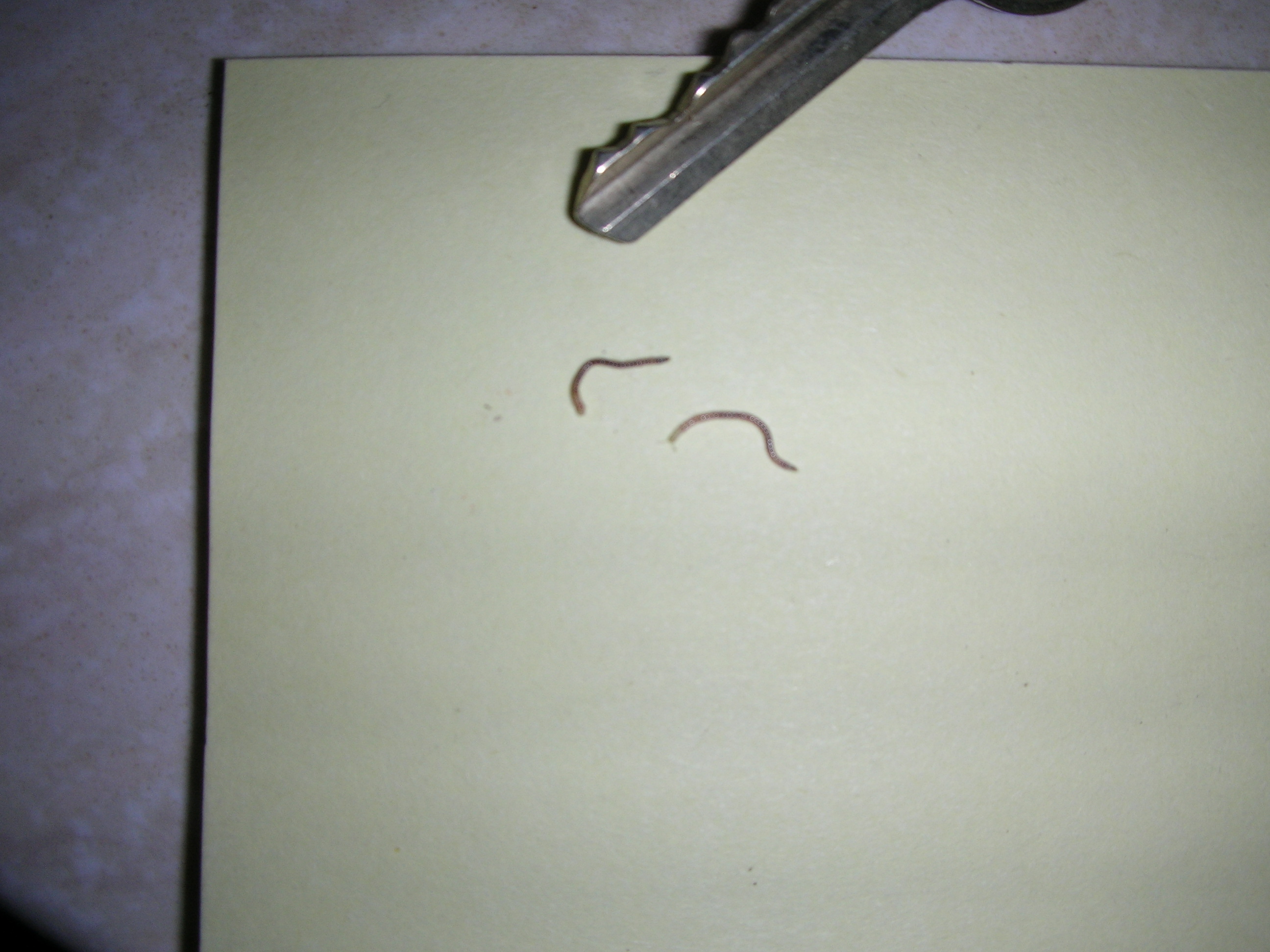 This is a good picture, especially when considered in conjunction with the description, but it still hard to be sure exactly what our reader found. One thing that would be helpful to see is if this creature has legs. If it has tons of legs (more precisely, two pairs per body segment), then the reader found millipedes. Millipedes are generally regarded as beneficial to gardening because they feed on decaying plants (which is where many of the creatures our reader found are located), and in so doing they introduce organic matter into the soil. However, if there are enough millipedes in the soil (because of favorable soil conditions; i.e., soil that is cool and moist), they can cause damage to the crops (like potatoes) you are growing in your garden. This might explain why the reader found millipedes (if they are millipedes) burrowing into his crops and decaying debris. Moreover, millipedes do coil up when disturbed, which is consistent with the description supplied by our reader. Millipedes are not notorious for disturbing vegetable gardens, which led us to wonder if our reader found some creature more commonly associated with this practice, like wireworms (the larval form of click beetles) or some type of grubworm (a more general term that refers to the larvae of various types of beetles), but the picture above doesn’t appear to be of one of these creatures.

1 thought on “Tiny Worms in the Garden”

This many people searched for this info: 10,419