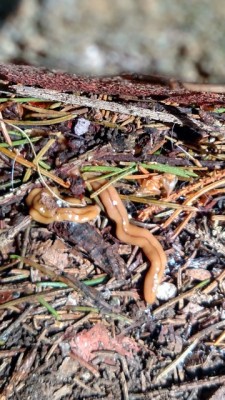 France, like many other regions in the world, only recently discovered the presence of flatworms in their country. They, like most other countries, are concerned about the presence of this invasive species and what it means for the survival of their existing wildlife. 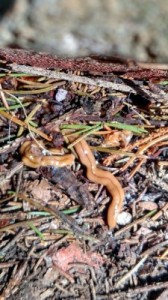 Although the introduction of invasive species is always cause for concern, as it can upset the existing food chain and have other negative impacts on the ecosystem, reports of the flatworm tend to be vastly exaggerated. Many sources label this worm as a ‘giant’, and although they can reach lengths of up to 1.7 feet, they remain quite thin and are not giant by any means. Plus, they pose no real threat to human beings themselves, so fearing them for that reason is irrational. No venom that they possess is potent enough to be harmful to a human being and there are no reports of them even attempting to harm humans (or pets for that matter!). Hammerhead worms feed solely on other hammerhead worms, earthworms, slugs, and the larvae of insects.

Hammerhead flatworms are a subset of flatworms that have broad, shovel-shaped heads (hence the name, although they could equally be called shovelhead worms) and are considered predators. They have fantastic, and sometime frightening, abilities that they use in order to track and kill their prey, including a unique substance they can secrete to liquefy their prey. Yes, you read that right. If our readers wish to read up more on the hammerhead worms biology and specific capabilities, they are welcome to check out an article we wrote on hammerhead worms a while ago. That being said, it is their voraciousness that has people worried, other than the fact that they are frightening to behold. Their efficiency in tracking and killing prey has been predicted to be a significant threat to the long-term survival of earthworms, one of Earth’s greatest environmental benefactors.

We then have to question how valid this concern is. First of all, sources such as the Independent suggest that although the discovery of these flatworms in France is recent (the article having been written in 2018), zoologists at the French National Museum have suggested that the flatworms have actually been there for decades and have gone “unnoticed.” If that is the case, and no noticeable decrease in earthworm populations has occurred, then should we worry about these flatworms eradicating earthworms?

Secondly, maybe the hammerhead worms are here for a reason? Controlling earthworm populations might be a good thing, as ecosystems are actually consistently being introduced to invasive species of earthworms, and when one has competing species of earthworms, or overpopulation of them in general, it can be harmful to the ecosystem. The presence of excess earthworms can create imbalances of nutrients in the soil, which can negatively impact soil quality. Moreover, The Division of Agricultural Sciences and Natural Resources at Oklahoma State University states that invasive earthworm species can effectively change the vegetation present in the forest and thus negatively impact biodiversity, as they make the given ecosystem uninhabitable for the animals that lived there.

Even the zoologists of France seem to be at a loss for words when it comes to the introduction of hammerhead worms. Despite their source being traced back to the importation of tropical plants, they don’t seem to “understand how this is possible in a developed country” (source: Independent, linked above). They worry for the survival of earthworms and for the sustainability of their environment, but if this case of invasive hammerhead worms tells us anything, it is that France — and the world as a whole — will likely never be short on earthworms, as new species of them could just as easily be introduced, either accidentally, or on purpose. And given that the hammerhead worms have apparently been living there for decades, do we have cause to panic over their discovery?

To conclude, there is much to be learnt about this case yet, and we cannot know exactly the long-term impact invasive hammerhead worms will have, but instead of demonizing them and spreading panic about these so-called ‘giant’ creatures, maybe we should study them and find out exactly what kind of effect they are having on the environment, positive or negative.

Article Name
The Hammerhead Flatworms of France and the Threat They Pose
Description
France, like many other regions in the world, only recently discovered the presence of flatworms in their country. They, like most other countries, are concerned about the presence of this invasive species and what it means for the survival of their existing wildlife.
Author
Worm Researcher Anton
Share the knowledge

This many people searched for this info: 1,074