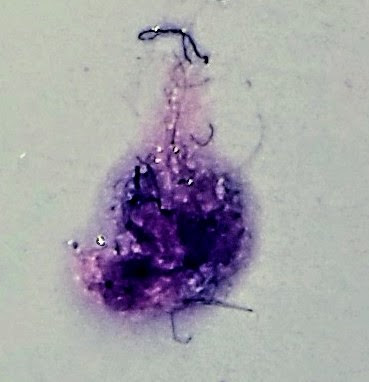 “Can you help me?” is all this woman asks of us before loading her submission with a plethora of photographs of her hair, red-marked limbs and an unidentified, purple matter that looks like it has been photographed through a microscope.

Earthworms don’t actually bite, but their skin can cause major irritation on human skin if contact last more than a few minutes. The irritation is not a result of the actual worm skin but rather the materials that worms pick up as they writhe, wriggle, and borough inside the earth and along the ground.