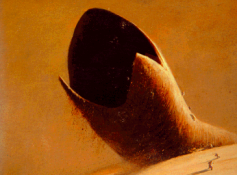 A reader who fishes on the Coos River recently wrote to us about “sand worms” that evidently live along the shores of the river’s estuaries. The sand worms or sandworms (the spelling isn’t consistent) reportedly live under rocks and might have “pincers that can inflict pain.” With the exception of the pincers, the sandworms look like regular earthworms. The reader asked several questions about the worms, but at bottom he was merely wondering what the creatures are because he assumed the term “sand worm” was a colloquial name. Based on the reader’s description, it seems that he is probably talking about either Arenicola marina (lugworms) or Alitta virens (king ragworms), both of which are sometimes referred to as “sandworms.”