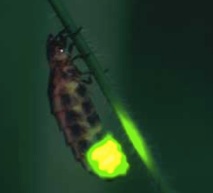 Glowing Green Nightcrawlers: Can You Feed Your Pets Glowworms?

A reader from San Antonio, Texas wrote to us about worms with bioluminescence that he has been finding around his home. He hasn’t found the bioluminescent worms very often – just on a few evenings, and only during the winter months. When a worm exhibits bioluminescence, this means that its body is producing and emitting light though a chemical reaction – in other words, a bioluminescent worm is a worm that glows. So, in short, our reader is finding some sort of glowing worm. There are a number of so-called “glowworms” (also spelled “glow worms”), and of course all of these worms (which are actually not worms, but insect larvae) exhibit bioluminescence. Our reader was curious what kind of glowing worm he found, and it might seem obvious that he found some type of glowworm, but it’s a little more complicated than that. Below we’ll explain what glowworms are, and in so doing we’ll try to help our reader with his question about the bioluminescent worm he found.

Glowing Worms in Your Grass?

Before becoming flies, the larvae look a bit like worms and glow through a process called “bioluminescence.” Bioluminescence is the emission of light by a living organism.

These stunning creatures can only be found in Australia and New Zealand and they have the amazing ability to produce light naturally. The process glow worms use to produce light is called bioluminescence.

Oscar the Grouches worm Slimey lets kids see the importance of not giving up no matter what your size. He represents the underdog in many situations and yet, he continues to prove that he can do anything he wants.

Rhagophthalmidae, a family of beetles that live in Asia, have organs that glow. These beetles might be relatives of the firefly but it is not presently confirmed. Very little is actually known about these beetles. The females are wingless and look like larvae when at their final stage of development in the lifecycle.