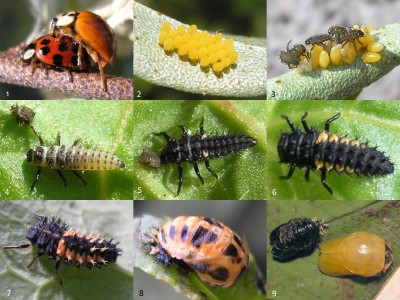 How a Caterpillar or Larvae becomes a Butterfly, Beetle, or Other Adult

Here at All About Worms we spend most of our time discussing creatures that are not worms. Most of the questions we get from readers are about larvae and caterpillars (a caterpillar is the larval form of a moth or butterfly). 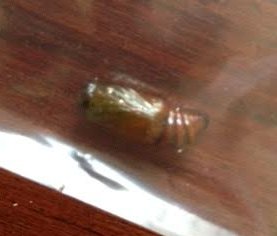 Fat, Brown Worm or Larvae that is Half Encased in Cocoon

We received an interesting question from a reader recently about a brown worm or larvae that is half encased, by which we mean one end of the creature’s body is covered in some sort shell, cocoon, or other encasing, and the other end isn’t covered at all. (The picture below shows what we mean.) The worm or larvae appears to be in a middle state, as half of its body moves and wriggles around when touched, and the other half is wrapped up, seemingly prepared for a period of dormancy. The reader first found the worms next to a plant inside, but he also saw them when he was cleaning out his gutter, so evidently they are fairly common, at least in whatever part of the world our reader lives. What might these fat, brown, and partially encased worms or larvae be?