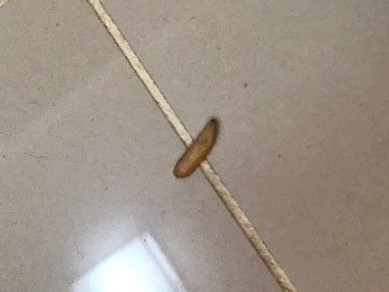 Mold in House is More Worrying than Larvae

Worms (Larvae?) in the Bathroom

We received a question recently about a worm that a reader found in his bathroom. More precisely, the worm was found in the “gunk” between the tub and sliding door. The reader actually said he “found a ‘worm’ in the bathroom,” which we call attention to only because of the reader’s use of scare quotes. The reader acknowledges that he might not have found a worm at all, and in fact he probably didn’t. The “worm” in the bathroom could be a larva (or something else – it’s hard to say, as you’ll see). The reader was wondering what he had found, and also if a mere cleaning could address the problem.