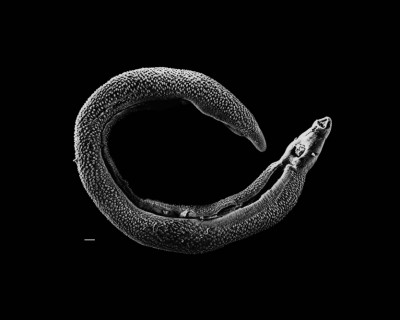 Some Black Worms Can Live in the Human Body

Today, we answer an inquiry from a gentleman asking if black worms live in the human body. The answer depends on what he is referring to with the words “black worm.” 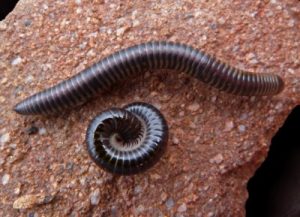 However, the reader may be not be asking about the common black worm, and may instead be asking if any worms that happen to be black in color can live within the human body. In that case, the answer is yes. The human body may be host to any number of unpleasant creatures and some of these creatures are, indeed, black worms.

Take, for example, the “eye worms” Loa Loa and Mansonella perstans. The larvae of these human parasites may live in the eye and, in fact, may sometimes be seen travelling across it. Symptoms may include swelling in the hands and feet, but many people show no symptoms at all. A blood test helps correctly diagnose which parasite is present. Loa Loa and Mansonella perstans are spread by deer fly or mango fly bites, and are found primarily in Western and Central Africa.

Other parasitic species, such as the Schistosoma or blood fluke, are quite happy to live inside the human colon. Symptoms include rash and gastrointestinal issues. This parasite is common in areas with unclean drinking water (specifically, in locations where human waste may contaminate the water supply) and are not typically found in the US. 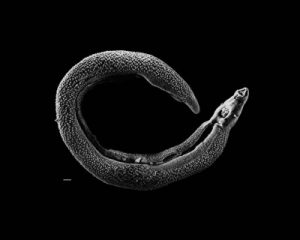 These are just three common examples, but there are many, many types of worms that may infect a human host. In every case, if you suspect that you or anyone else is infested with worms, a trip to the doctor is absolutely necessary.

Article Name
Some Black Worms Can Live in the Human Body
Description
Today, we answer an inquiry from a gentleman asking if black worms live in the human body. The answer depends on what he is referring to with the words “black worm.”
Author
Alexis Rodriguez-Carlson
Comments: 1 Posted by: Previous Author Categories: Loa Loa Eye Worms, Parasite Worms, Worms in Humans