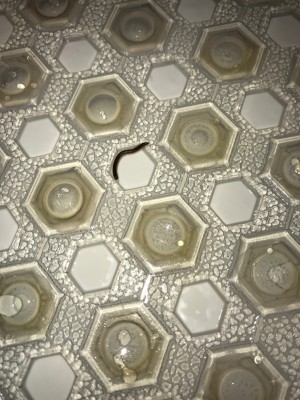 Small Worm Found in Shower is a Millipede

A reader recently reached out to us about a worm she found in her shower. She said, “it looks like it has a lot of legs, which makes me think it’s a millipede, but they don’t live underwater and it was very much alive.” She is a little worried that it might be a parasite that came from one of her children while they were in the shower. We can say with confidence that we agree with our reader’s initial thought…this is a millipede! 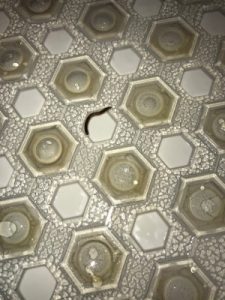 We recognize this as a millipede based on its round and segmented body, tiny legs, and two antennae. While we are pretty certain this is a millipede and therefore not a parasite, we encourage our reader to see a doctor if she is truly worried about her or her children’s health. Since we are not medical professionals, we aren’t licensed to give medical advice, so any parasite-related concerns will have to be addressed by a doctor!

So, if millipedes can’t live underwater, what was one doing in our reader’s shower? Millipedes breathe through spiracles (tiny pore-like holes that line their bodies) and if they get too wet they can drown, but they can tolerate a wet environment to a certain extent…millipedes actually prefer a dark and damp environment! We don’t think the millipede our reader found is a full-time resident in her shower, just passing through! She can just remove the millipede from her shower and put it outside.

There are a few things she can do to prevent future visits from millipedes. First, she can clean her bathroom to get rid of any debris that might be attracting millipedes and other small organisms. She can also investigate her house for any small gaps or cracks between doors, walls, windows, and ventilation systems. Sealing up these tiny entryways will prevent millipedes and other creatures from crawling in! Finally, she can install a dehumidifier to reduce the amount of moisture in her bathroom, which will make it less inviting to millipedes.

In summary, we identified the brown organism our reader found in her shower as a millipede. These arthropods are considered to be harmless and are not parasitic as our reader feared.

Article Name
Small Worm Found in Shower is a Millipede
Description
We identified the brown organism our reader found in her shower as a millipede. These arthropods are considered to be harmless and are not parasitic as our reader feared.
Author
Dori Franklin
Comments: 0 Posted by: Worm Researcher Dori Categories: Centipedes and Millipedes