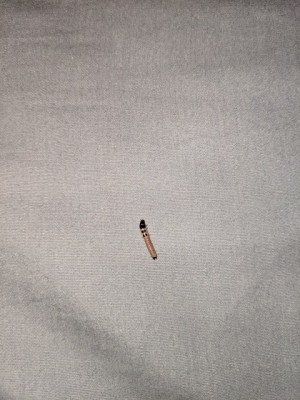 February 24, 2019
We recently received this message from one of our readers, “Hello, I live near Boise, Idaho. I was woken up by this creepy crawly biting me. He was found in my bed and had quite the stab in his bite. What is it?” The picture he sent shows a segmented worm-like organism: 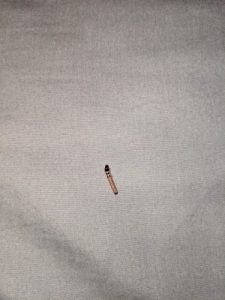 It has a tan body with a black head, tiny legs, and black cerci (which are the paired tail-like appendages on its rear.) We believe this creature is a click beetle larva. Click beetles are also called elaters, snapping beetles, spring beetles, and skipjacks. There over 9,000 species worldwide, and roughly 1,000 present in North America. Click beetle larvae are commonly referred to as wireworms, and they are described as bearing resemblance to mealworms. We agree with this… at first glance we thought the specimen was just a mealworm with different coloring!

Wireworms are typically found in the soil, where they live beneath the surface and feed on insects, roots, and seeds. However, click beetle larvae are known to enter houses at night through open doors and windows, and unsealed cracks and gaps in the foundations. These larvae are known to bite, but they aren’t considered dangerous or harmful. They don’t release toxins or typically cause severe reactions. If our reader is worried about this bite or believes he is having a bad reaction, we recommend he visit a doctor. Since we aren’t medical professionals we are unable to provide medical advice of any kind!

While click beetle larvae sometimes bite, the adults are known for an entirely different behavior. When threatened or flipped upside down, click beetles quickly snap their front and hind body sections together. The motion is really fast and causes the beetle to flip in the air, making a loud clicking noise. It is likely responsible for some of their many nicknames like snapping beetles and spring beetles.

To sum up, we believe the “creepy crawly” our reader was bitten by is a click beetle larva, a.k.a. a wireworm. These creatures don’t usually bite unless attacked or under threat, so we don’t know why it bit our reader while he was sleeping.

Article Name
Reader Bitten By Click Beetle Larva
Description
We believe the "creepy crawly" our reader was bitten by is a click beetle larva, a.k.a. a wireworm. These creatures don't usually bite unless attacked or under threat, so we don't know why it bit our reader while he was sleeping.
Author
Dori Franklin
Comments: 0 Posted by: Worm Researcher Dori Categories: Worms Found in the House