We all know that the trash we throw out on a daily basis has unfortunately played a big role in laying waste to our planet. One material that is especially toxic to our Earth is plastic. Not only does plastic harm our soils, but also the worms in them. 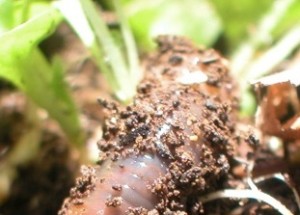 Worms commonly found in the soil such as earthworms, pot worms and red wigglers, are all environmentally beneficial. Unlike humans, the waste that these worms produce is helpful to the soil in that, through their consumption of decomposing organic matter, they produce nutrient rich fertilizer via their waste. For that reason, there have been various conservation efforts that try to protect such worm species, such as the trend of making one’s own compost bin, where people put worms in a container which feed on thrown-out food scraps and produce nutrient rich soil.

That being said, just like plastic in the ocean is not good for the aquatic wildlife, plastic in the soil is not good for the worms living there. According to an article published by The Independent, discoveries have shown that the presence of micro plastics in soil stunts the growth of worms, and by extension negatively affects the fertility of the soil. This is because not only do earthworms help enrich soils with their waste, but they also help aerate the soil when they burrow through it. This obviously sets off a chain of events, where with less fertile soil, fewer crops will successfully make it to harvest, and so there will be a smaller crop yield. Likewise, less vegetation will grow in forests where plastic particles have entered the earth.

In a study which compared worms living in an environment with plastic vs worms living without plastic, it was found that the body weight of the former group of worms was reduced by 3%, while the weight of the latter group increased by 5%, which clearly demonstrates the plastic’s negative effect. However, despite knowing generally that plastic is toxic, it is still unclear exactly what it is in plastic that stunts growth in worms.

To conclude, whatever the reason for plastic negatively affecting worms and soil, this teaches us that we need to put our trash where it belongs, in a trashcan. It does not belong outside on the ground and in nature. Not only does this impact the worms, but it will impact us as well. We hope that this very brief look at this matter, which is far more scientifically complex when you dig into it, is informative and somewhat eye-opening.

Article Name
Plastic Waste Harms Not Only the Soil, but the Worms Too
Description
We all know that the trash we throw out on a daily basis has unfortunately played a big role in laying waste to our planet. One material that is especially toxic to our Earth is plastic. Not only does plastic harm our soils, but also the worms in them.
Author
Worm Researcher Anton
Share the knowledge

This many people searched for this info: 708