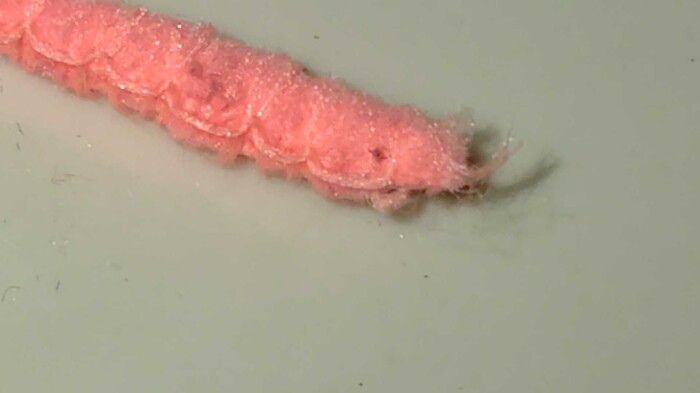 “These are everywhere: face, head, inside,” states this reader in her submission to us. “What should I do?” she asks about the organisms pictured below, which vary in appearance from long, brown pieces of matter, to ovate, green-gray objects. 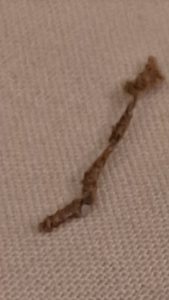 She has been to the hospital three times so far, but whoever she has consulted has called her “crazy”. As a result, she has now come to us for advice. “A woman knows her body,” she continues. “I feel like I’m dying a slow death.” 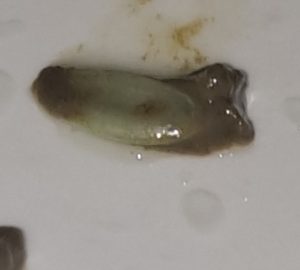 So, with that in mind, what we can recommend is that our reader do one or more of the following:

A medical parasitologist specializes in the field of organisms that negatively affect people’s health. As such, they would take our reader seriously. If our reader were to consult a medical parasitologist, we advise that she tells them her entire story and show them the same photos she sent us. This can potentially help speed up the process of identifying the organisms and coming to a solution. 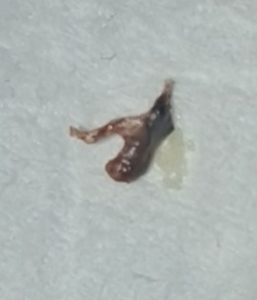 To conclude, we are unfortunately not qualified to identify the organisms which are plaguing our reader, but we hope nonetheless that the resources listed above come to use, and that we were able to help in some way. We wish her the very best, and hope that she knows she is not alone in her struggle.

Article Name
Pink Fluff Invades Clothing and Raises Concerns About Clothes-eating Pests
Description
"Are these fabric moths and carpet beetles?" asks Shanan about the two different objects pictured below, one pink and stringy, and the other a tangled mess of greenish-gray threads. "I've been at war with them for about three years now. I've sprayed numerous pesticides, different dusts, and vacuumed until my arms fell off! I've had to move, get a new car, and buy brand new clothes more times than I can count. Tip: New clothes are infested as well. They also like to munch on my hair. I'm at the end of my rope. Please help. I live in Southeast Georgia. These are pieces of material that I cut out of a brand new jacket!"
Author
Worm Researcher Anton
Share the knowledge

People helped by this info: 97