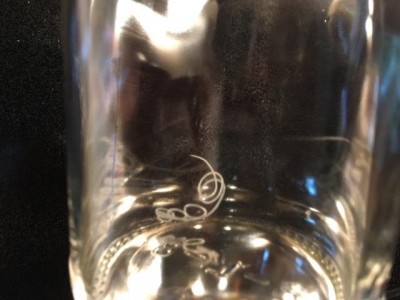 August 23, 2017
We just received a picture of a worm in a glass jar from a reader in Vermont. Along with the picture she asked, “Is this a horsehair worm or another parasite?” She explained that she found the worm among the tendrils of her cucumber plant. The worm resembled a plant tendril so much that at first she didn’t notice it moving and waving around. She described it as about 3 inches long. She mentioned that the cucumber plant is in a new garden bed with compost and manure added. So, is this long, white worm a horsehair worm or something else? 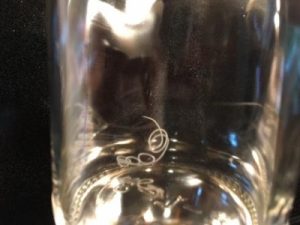 We agree with our reader, this thin, white worm is probably a horsehair worm! Horsehair worms are threadlike worms named for their resemblance to the hair of a horse’s mane. As adults, horsehair worms are free living. However, they develop as parasites in the bodies of arthropods such as beetles, crickets, cockroaches, and some grasshoppers. Eventually the horsehair worm will be mature enough to lay eggs and will be ready to leaves the host’s body. The worm must wait for the host to go near a body of water, and eject itself from the host, killing the host in the process. While horsehair worms are parasitic to arthropods, they are harmless to humans and pets.

The reason we are hesitant to say this worm is definitely a horsehair worm is the location in which it was discovered. Horsehair worms are usually found in bodies of water, like swimming troughs, ponds, and pools. We aren’t sure why this horsehair worm was hanging out in a garden on a cucumber plant. If any of our readers are familiar with a worm that resembles a horsehair worm but is more commonly discovered near and on plants, we invite them to share their knowledge on this post in a comment!

To sum up, a reader found a thin white worm on her cucumber plant. We think this creature is probably a horsehair worm, but we aren’t sure why it was hanging out in a garden and not in a body of water.