Earlier this week, we received a picture of what looks to be a millipede – a long, black millipede, more precisely. Or at least it appears to be long because its body is about ten times as long as it is wide. The reader merely asked what kind of “worm” it is, so the short answer to this question is simply that it is not a worm at all, but rather a millipede. Why do we think this long, black creature is a millipede instead of, say, a centipede (and what are the differences between millipedes and centipedes anyway)? How can we tell it is millipede and not some type of worm? Are there worms with legs at all?

To begin, let’s take a look at the very clear photo our reader sent us: 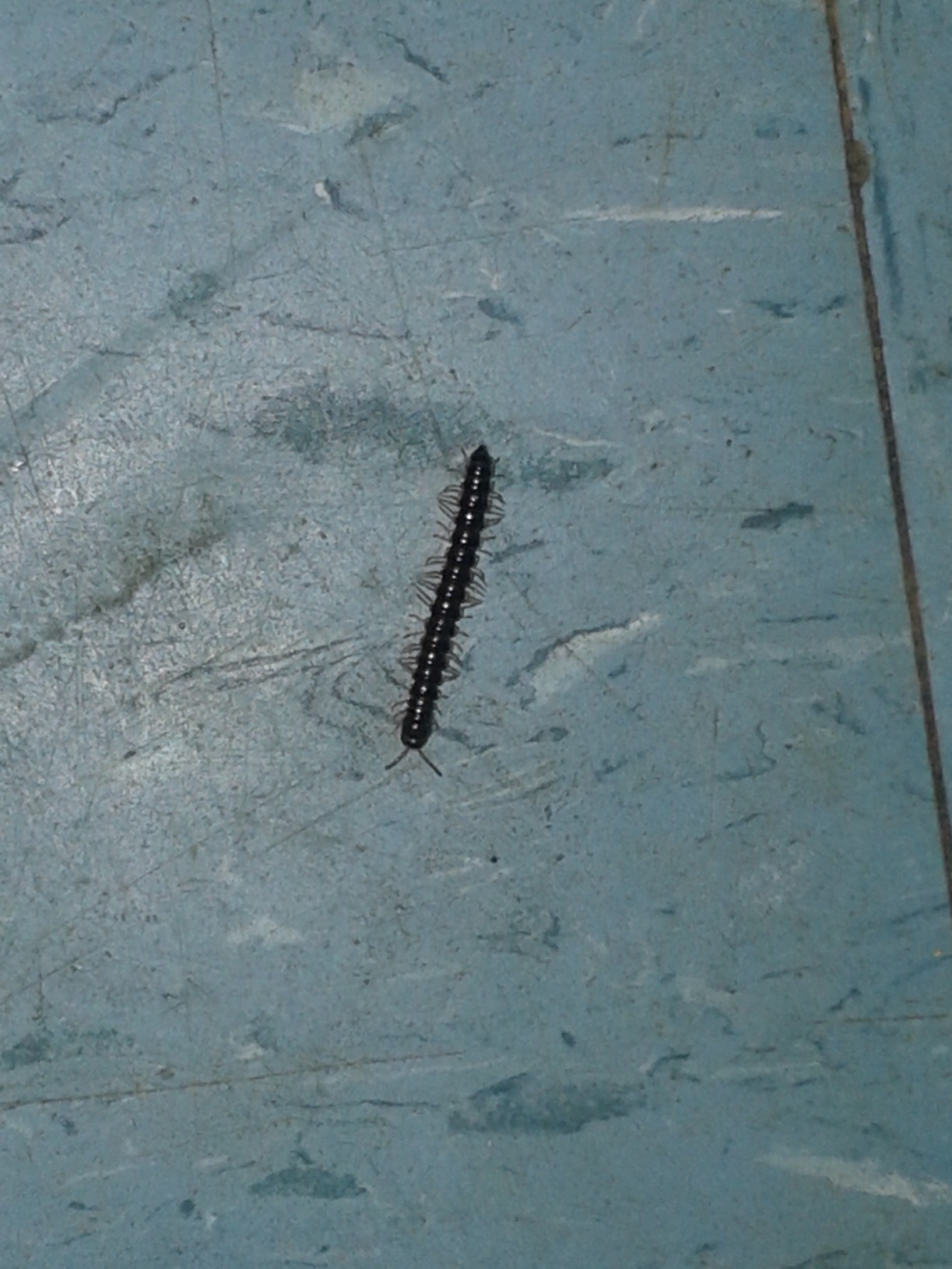 One of the first things you’ll notice about this creature is that it has lots of legs. This is how we know it isn’t a worm. Many worms have what are known as setae, which are basically hairs or bristles that provide traction, enabling a worm to move about. However, they do not have actual legs like the creature above. When you see a creature with this many legs, you can be confident you have come across a millipede or centipede.

Centipedes and millipedes have contrasting features that distinguish one creature from the other. Centipedes have long antennae; millipedes have short antennae. Centipedes are very quick and dart about; millipedes walk slowly. Centipedes tend to be predatory and can bite; millipedes primarily scavenge for food and do not bite. Another main difference between the two creatures is the number of legs they have, and it is this characteristic of the reader’s creature that first led us to believe that a millipede and not a centipede was found. Centipedes have only one set of legs per body segment. Millipedes, in contrast, have two per segment, except for the first three body segments, which only have one set of legs each. If you look closely at the picture above, the creature appears to have one set of legs attached to its first three body segments, and all of the additional segments have two. You can see that these two sets of legs are basically paired together, such that there are two legs right by each other on both sides of the millipede, and then there is a gap until there are two more legs close together.

Unfortunately, we can’t say exactly what kind of millipede our reader found. There are around 10,000 species of millipedes, so identifying any given millipede is quite hard. Moreover, we have no idea where in the world this creature was found, so we can’t even narrow the possibilities by reference to geography. However, we are fairly sure the long, black creature our reader found is a millipede, and in any case it definitely is not a worm.