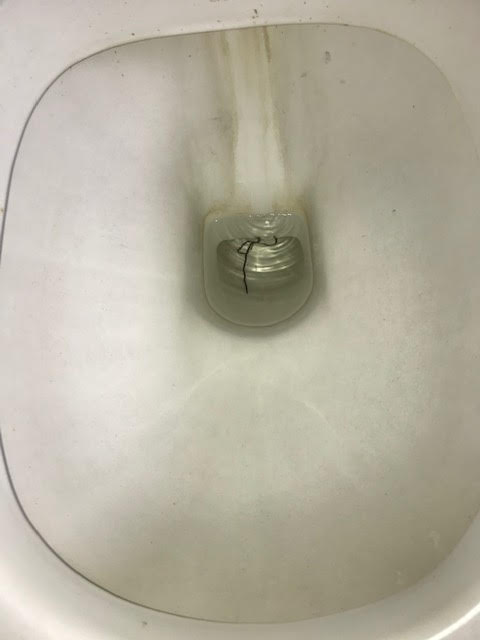 A long, black worm-like organism was found in the toilet after this reader flushed it. Our reader, who is based in Chennai, India, asks us what this “worm or creature” is. 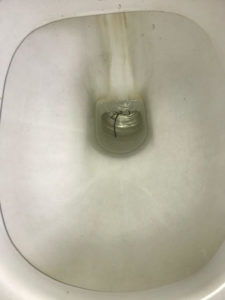 Judging solely from the picture, we would guess that this is a horsehair worm. As our reader does not provide more context than that which is written above, we can only make this assumption based on the photo. For that reason, we should note that this identification is not made with 100% certainty.

Horsehair worms are parasites that take insects as their hosts. We need to stress that they only take insects as hosts (at least, purposefully), so they do not pose a threat to the health of our reader and the other people potentially using this toilet. The process by which the horsehair worm infects their host is actually very interesting, albeit disturbing, and it ties into how this worm likely ended up in our reader’s toilet.

Like most animals, the horsehair worm starts out as an egg. The eggs are laid in a body of water, as horsehair worms are aquatic, and after they are (accidentally) ingested by an unknowing insect, the eggs start to grow inside the body of the new host. As the insect goes about its life and eats the things it eats, the egg will hatch and the worm will start to grow. Once the worm is fully mature, it will wait until the insect is in or nearby another body of water before bursting forth from the insect’s body, killing the host in the process. After this, the horsehair worm will search for a mate to reproduce with, so that they can start the process all over again.

So, taking this into account, we think that an insect that was infected with a horsehair worm got into the pipe system (either through a leak or through the sewage system), and once the horsehair worm was ready to come out, it did. Following this, it promptly started swimming up the pipes in search of a mate, which is how it ended up in our reader’s toilet. Alternatively, it is also likely that the insect fell into the toilet (perhaps it was on our reader or someone else’s clothing), and by falling into the water, triggered its occupant to come forth in the toilet. Either way, we think this worm ended up here accidentally: infestations of horsehair worms in the home do not occur.

We suggest that our reader move the worm outside to a body of water. Of course, as this identification is not completely certain, we still advise caution when moving the worm. Our reader can wear gardening gloves and/or use a dustpan to move the worm.

Lastly, we want to note that there have been rare cases of horsehair worms living inside humans, but it should be stressed that these cases have not been infections, strictly speaking. In these cases, the “infected” people have eaten an infected insect, thus also ingesting a live horsehair worm. But that said, horsehair worms do not take human hosts, and no actual medical symptoms have been reported by people who have accidentally swallowed them, other than feeling itchy or weird sensations in their throat as the worm tries to come up.

To conclude, we think that the worm our reader found in her toilet is a horsehair worm. It is a common misconception that these are dangerous to humans, but they are not. For that reason, we think our reader does not need to fear for her health and safety. Of course, as this identification was made purely based on an image, it is not completely certain. As such, we still urge our reader to be cautious when moving the worm. We wish her the very best!

Article Name
Long, Black Worm Found in Toilet is a Horsehair Worm
Description
A long, black worm-like organism was found in the toilet after this reader flushed it. Our reader, who is based in Chennai, India, asks us what this "worm or creature" is.
Author
Worm Researcher Anton
Share the knowledge

People helped by this info: 701