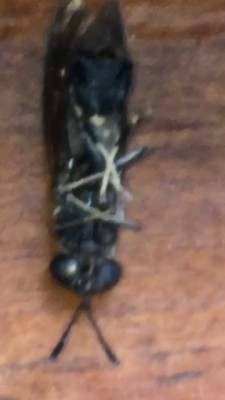 Photographs of “jet black”, “as well as translucent”, organisms have recently been sent in by this reader, who wonders if there are any worms or parasites which look “exactly like human hair” and “completely removes hair.” From the photos, we can discern a head of human hair (with the parasites presumably hidden among the strands of hair), as well as a black insect-looking creature. 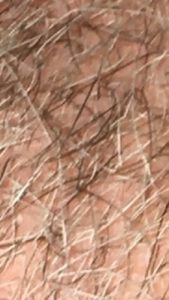 To start with, we need to stress the fact that while we will answer our reader’s question of whether or not any worms that resemble human hair exist, we will not be able to provide our reader with an identification of these organisms. This is because we are not medical professionals, and this situation is clearly medical in nature. We are not qualified to provide medical advice, and so we urge our reader to consult a medical professional, as this is the only place one can get a dependable diagnosis and proper treatment. That being said, we advise seeking out a parasite specialist rather than one’s general doctor, as they are far more likely to be able to help with a situation like this because they are actually trained to treat parasitic infections, whilst a lot of doctors are not. To find a specialist, our reader can Google ‘infectious disease physician (name of her closest big city)’ or ‘travel disease doctor (name of her closest big city)’. 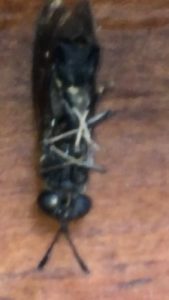 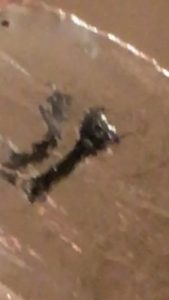 So, we come to the question of worms/parasites resembling human hair. The first worm that comes to mind is the horsehair worm, which is a black/brown worm that is parasitic, but not to humans. They start off as eggs in aquatic habitats, and upon consumption by an insect or crustacean, they feed and grow in the body of their hosts until they are fully grown, whereupon they burst out of the host’s body, killing it in the process. If one if found in the home, it is usually because an insect that was host to a horsehair worms, went into the home and died as the horsehair worm left its host, and not because it was inhabiting a human. It is important our reader does understand that this should not be taken as medical advice, but simply as an answer to her question and as general knowledge about the horsehair worm. Further to this, we appreciate that our reader took the time to send us photographs, but we will not be able to provide any insight as to what the organisms in the photos look like to us, as that would be the equivalent of providing medical advice. 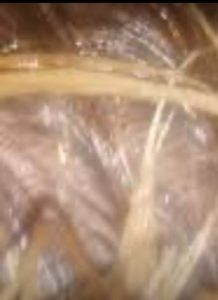 To conclude, yes there are worms that look like human hair, but they do not infect human beings. In order to find out what these parasites are, we urge our reader to consult an infectious disease physician and bring sample of the worms too. They can also be identified at a county extension office or entomology department at a university prior to a visit with a physician, which we recommend as a good idea if that is an option. Best of luck to our reader!

Article Name
Jet Black Parasites that Resemble Human Hair Trouble Woman
Description
Photographs of "jet black", "as well as translucent", organisms have recently been sent in by this reader, who wonders if there are any worms or parasites which look "exactly like human hair" and "completely removes hair." From the photos, we can discern a head of human hair (with the parasites presumably hidden among the strands of hair), as well as a black insect-looking creature.
Author
Worm Researcher Anton
Share the knowledge