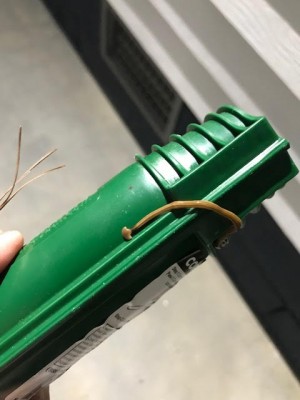 Today we will answer a reader’s question about hammerhead worms. He wrote, “I found this hammerhead worm crawling up our concrete retaining wall outside. We live in East Tennessee. How common are these worms here? This is the first one I’ve ever seen and I didn’t know what it was until I googled it!” The picture shows a light brown hammerhead worm  with some faint stripes running down its back: 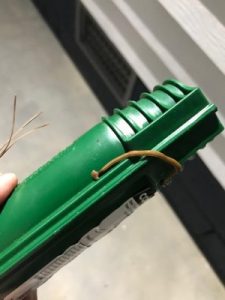 Hammerhead worms aren’t dangerous towards humans or considered harmful, but they are an invasive species and some people think of them as pests because they reduce the earthworm population, and earthworms are really beneficial to the environment. There are currently four known invasive species of Bipalium in the United States, and they are believed to have arrived alongside horticultural plants.

Now, to answer our readers question: How common are these worms? They are quite common and found often in greenhouses and gardens throughout the United States. However, they are nocturnal, so it’s easiest to notice them at night. They prefer to live on top of the soil and, like earthworms, need a moist environment to survive. Maybe our reader has stepped right over a hammerhead worm in his yard before without noticing it, and now that he knows more about them, perhaps his eyes will start to see more of them around his home.

In summary, a reader in Tennessee found a hammerhead worm in his yard. Although these broadhead planarians aren’t dangerous, they are invasive species that are sometimes considered pests.

Article Name
How Common Are Hammerhead Worms?
Description
A reader in Tennessee found a hammerhead worm in his yard. Although these broadhead planarians aren't dangerous, they are invasive species that are sometimes considered pests.
Author
Dori Franklin
Share the knowledge

This many people searched for this info: 1,411