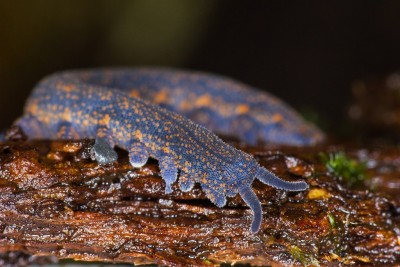 Endangered Worms and Why They Should Be Protected

Worms are vastly regarded as ‘gross’ or ‘disgusting’ creatures, and as a result of that, many tend to have little regard for their lives. Thus, when certain animal habitats are destroyed to make way for housing developments or farmland, though many protest the lives of the mammals and birds that live among the trees and bushes, many do not stop to consider the lives of those underground, or under foot.

The primary ways in which animal species become extinct are loss of habitat and decreases in genetic diversity, but there are also those that have become endangered due to over-killing, such as certain species of caecilians, who are mistaken for snakes and killed on the spot. This article will give a couple of examples of some endangered worms and discuss why they are important and why they should be protected.

This may come as a shock to some, given the ordinariness of these critters, but there are endangered species of earthworms. The Giant Gippland earthworm, as well as the Oregon Giant earthworm are both species of earthworms that have ended up on the Red List (a global database that records all threatened species). The first of the two species, the Giant Gippland earthworm, is native to Australia and can grow up to three meters (almost ten feet!) in length and is threatened by land being cleared for livestock, especially considering their slow rate of reproduction. The latter of the two species, the Oregon Giant earthworm is native to the forests of Oregon and can be up to one meter (a bit more than three feet). Like the Giant Gippland earthworm, Oregon Giants are also threatened by habitat destruction, but rather for purposes of farming and construction. 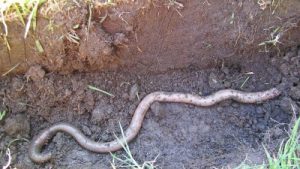 As you may know, earthworms are composting worms. They feed on organic matter and break it down to produce nutrient-rich fertilizer. Their presence indicates healthy, moist soil and they are thus environmentally beneficial. Without earthworms, many habitats, such as woodlands, marshes and even your garden would not survive. Just as the presence of earthworms indicates healthy terrain, a lack of earthworms can indicate nutrient deficiency, or a low amount of organic materials. What we want to stress here is how important these creatures are to the maintenance and sustainability of the environment, and their lives should be taken seriously. In addition to this, are these species of giant earthworms also not worth protecting simply for their intrinsic value? The fact that we have ten-foot-long earthworms to begin with is quite incredible.

Moreover, there are several species of velvet worms that are considered endangered. Sources say that velvet worms have been around for over 500 millions of years, and have apparently evolved little over that long period of time. They prefer moist, tropical climates, and are found all over Oceania. Depending on the species, these worms can be anywhere between one to eight-inches in length. The variety in colors and patterns that they come in is astonishing, and they can truly be a sight to behold. These critters also play a part in our environment, being able to decompose leaf litter and even wood. Plus, their endurance over hundreds of megaannums thanks to their incredible endurance would almost make contributing to their extinction a crime, or at least a terrible shame. 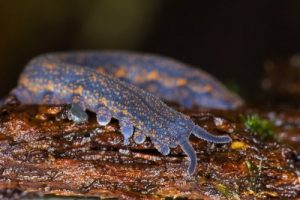 To conclude, worms are simply worth protecting. Not only do so many species of various worms contribute greatly to the sustainability of earth’s many habitats, but they have intrinsic value. When one really looks into the biology of some of these creatures, they are quite fascinating. They have complex structures and wondrous abilities that allow them to persevere through extremely arduous situations and changes. If any of our readers would like us to do separate articles on either of the worms discussed in this article, they are welcome to voice their opinions in the comment section below!

Article Name
Endangered Worms and Why They Should Be Protected
Description
Worms are vastly regarded as 'gross' or 'disgusting' creatures, and as a result of that, many tend to have little regard for their lives. Thus, when certain animal habitats are destroyed to make way for housing developments or farmland, though many protest the lives of the mammals and birds that live among the trees and bushes, many do not stop to consider the lives of those underground, or under foot.
Author
Worm Researcher Anton
Comments: 0 Posted by: All About Worms Categories: Earthworms, Garden Worms, Worms Generally