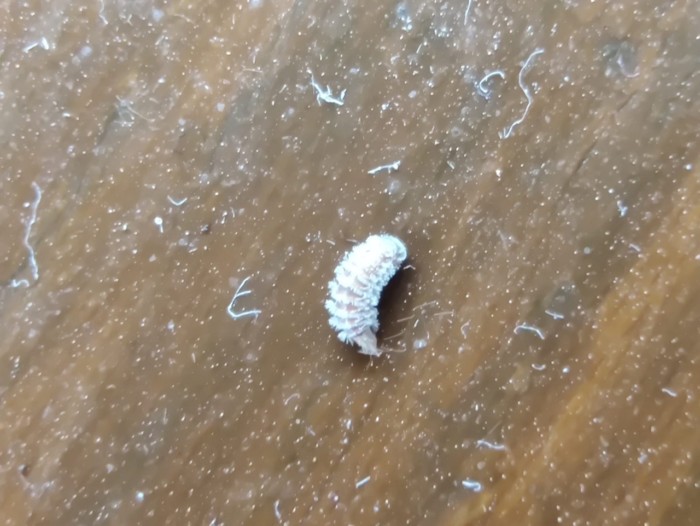 “I have found these larvae/worms mostly crawling in my bathroom and gable bedroom” states this reader about the organisms in the photos below. The creatures appear to come in various shapes and colors, ranging from one with dark brown segments, to fuzzy, white creatures. 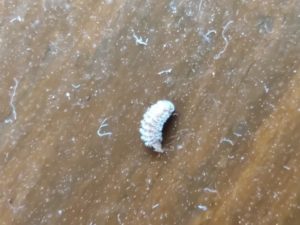 The creatures were first spotted a few months prior to our reader sending in her submission, and during the winter they did not show up at all, “until now.” Our reader stresses their “tiny” size and says that she cannot seem to find the source of the creatures.

Now, what all of these organisms have in common is that they are segmented, ovate in shape, and small in size. At first, the brown ones looked like carpet beetle larvae to us. Carpet beetle larvae are common, but notoriously destructive, household pests that feed on organic-based textiles.

Similarly, the white organisms reminded us of mealybugs. Mealybugs are scale insects that can infest people’s gardens and houseplants.

With that said, upon closer inspection we have concluded that these are actually duff millipedes. 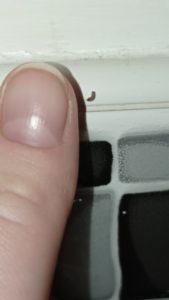 Duff millipedes are harmless, common creatures that thrive in moist environments where they feed on algae, fungi and decaying organic material. Our initial confusion was not unmerited, however, as duff millipedes are constantly mistaken for carpet beetle larvae or other bugs.

The best way to combat infestations of duff millipedes is to adopt preventative measures. This includes, but is not limited to: Keeping moisture levels down in one’s home. Removing piles of twigs and rocks from one’s yard. Removing organic debris that is leaning/piled up against the outer walls of one’s home. Consistent vacuuming. 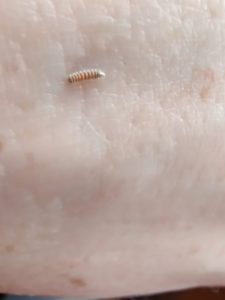 In fact, the number of millipedes suggests that our reader may indeed have a moisture problem, as duff millipedes tend to gather around sources of moisture. Of course, it could also be that a group of duff millipedes hatched inside his home, and that is why so many appeared. Still, it may be worth considering this as an option and something to look out for. 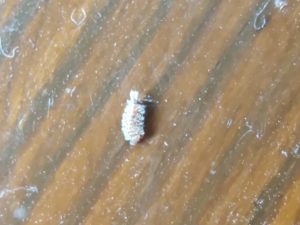 To conclude, the creatures our reader found in her bathroom and gable bedroom are duff millipedes. They are not pests, nor are they dangerous, but infestations can indeed occur. We hope that this article helps our reader in combating this infestation and giving her some peace of mind. We wish her the very best!

Article Name
Brown-Striped Larvae and Fuzzy, White Bugs Infesting This Reader's Bathroom and Bedroom are Duff Millipedes
Description
"I have found these larvae/worms mostly crawling in my bathroom and gable bedroom" states this reader about the organisms in the photos below. The creatures appear to come in various shapes and colors, ranging from one with dark brown segments, to fuzzy, white creatures.
Author
Worm Researcher Anton
Share the knowledge

This many people searched for this info: 481