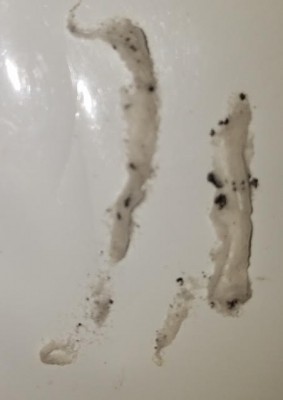 Worms whose color changes depending on their surroundings have been discovered all over the home of this woman in Fresno, CA. She asks if we can identify the worms as she is “freaking OUT.” 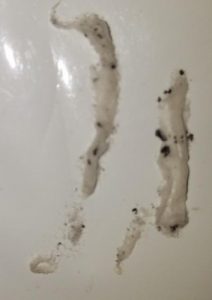 In additional to a wonderful array of photographs, our reader also sent in a great deal of context, which is always much appreciated. To start with, she states that although this worm “changes color to its surroundings”, they are “mostly seen as white” with a toilet paper-like appearance. She found some of the worms in her dryer filter, and they look white when found among the lint. She is not sure if the worms in the lint are actually the same as “the white ones” she also finds, though we are not quite sure what she means by that. Additionally, there is “usually a black round bug nearby that looks like a ball of hair” though in the pictures she has sent, she says it looks “longer without hair” and adds that perhaps “the hairy ball is actually the worm inside a ball.” Unfortunately, as the descriptions don’t match up with the images sent in, we cannot confidently identify what this ball of hair-looking bug might be. She elaborates in saying that she can smell an odor from the balls of hair, and it feels like she is being “sprayed by a sticky web.” 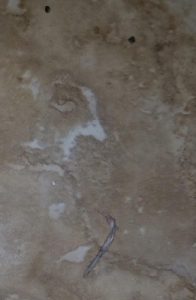 Moreover, she ponders whether or not her washer is “killing this worm” and if her dryer has become “infested” by these worms. She then goes on to ask if “this grey worm” with the “bug nearby” is “the same as the toilet paper resembling worm you talk about in other articles?” And then she follows with a string of questions about the toilet paper-worm’s identity and how to kill it. Finally, she ends her query with stating that she has found more of the worms on her shirt and on her mattress, and asks if she will be able to buy a new mattress without the same thing happening again. 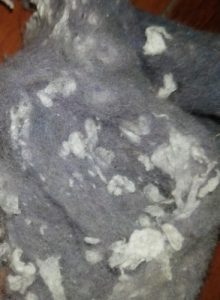 Our reader has also taken the liberty of adding her own titles and captions to the photographs she sent in. They are as follows: picture #1: “worm dead when it’s more clear on floor”, #2: “dryer filter/ no I didn’t wash toilet paper in load”, #3: “old mattress I thought was full of fiberglass fibers”, #4: “worm on floor I thought was off clean laundry. See clear stuff coming out of mouth. It actually went on a far distance but its cut off in photo”, and #5: “WORM in household. Are all these the same worm at different stages? Parasitic? Is this the toilet paper resembling worm and whats the name of that worm?” 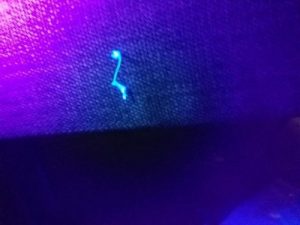 First off, in response to our reader’s questions regarding the toilet paper-resembling worms, it is entirely possible that this is the same worm that was discussed in a previous article, but just as that article states, its identity is unknown. This is because the reader who sent in the query that spawned the article linked above reported this worm as a potential parasite, thus making her situation purely medical in nature. As we are not medical professionals, we are not qualified to identify parasites, as it would be paramount of providing a diagnosis. In that case, we can only recommend that our reader who sent in these photos also consults a medical professional. Specifically, we recommend finding a parasite specialist. To find one, our reader can simply do a Google search for ‘infectious disease physician in Fresno” or “travel disease doctor in Fresno”. 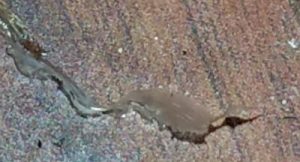 Secondly, in response to the rest of our reader’s query, there is honestly not much more we can say besides that we urge her to consult a professional to take a look at her home. Between the variety of different organisms described, and the ones photographed, and the lack of correspondence between the context and the some of the photos, this is simply too much material to work with in a single article. Although we appreciate our reader reaching out to us, it would be very difficult for us to attempt to fill in the blanks where blanks need filling, and it’s never good to speculate in these matters.

Otherwise, and in conclusion, it is not entirely clear what our reader has been finding in her home. From her descriptions, it sounds like she could be finding one species of worm, or several different ones. Furthermore, the situation is potentially medical in nature, and in that case, we would nonetheless not be able to help our reader. Regardless, we hope that our reader does find a means to solve this issue and that she can put her mind at rest when it is all over. Lastly, if any of our other readers have any clue as to the identity of these worms, they are welcome to suggest any ideas in the comment section below.

Article Name
An Array of Toilet Paper-Like Worms Freak Out the Resident of this Fresno Home
Description
Worms whose color changes depending on their surroundings have been discovered all over the home of this woman in Fresno, CA. She asks if we can identify the worms as she is "freaking OUT."
Author
Worm Researcher Anton
Share the knowledge